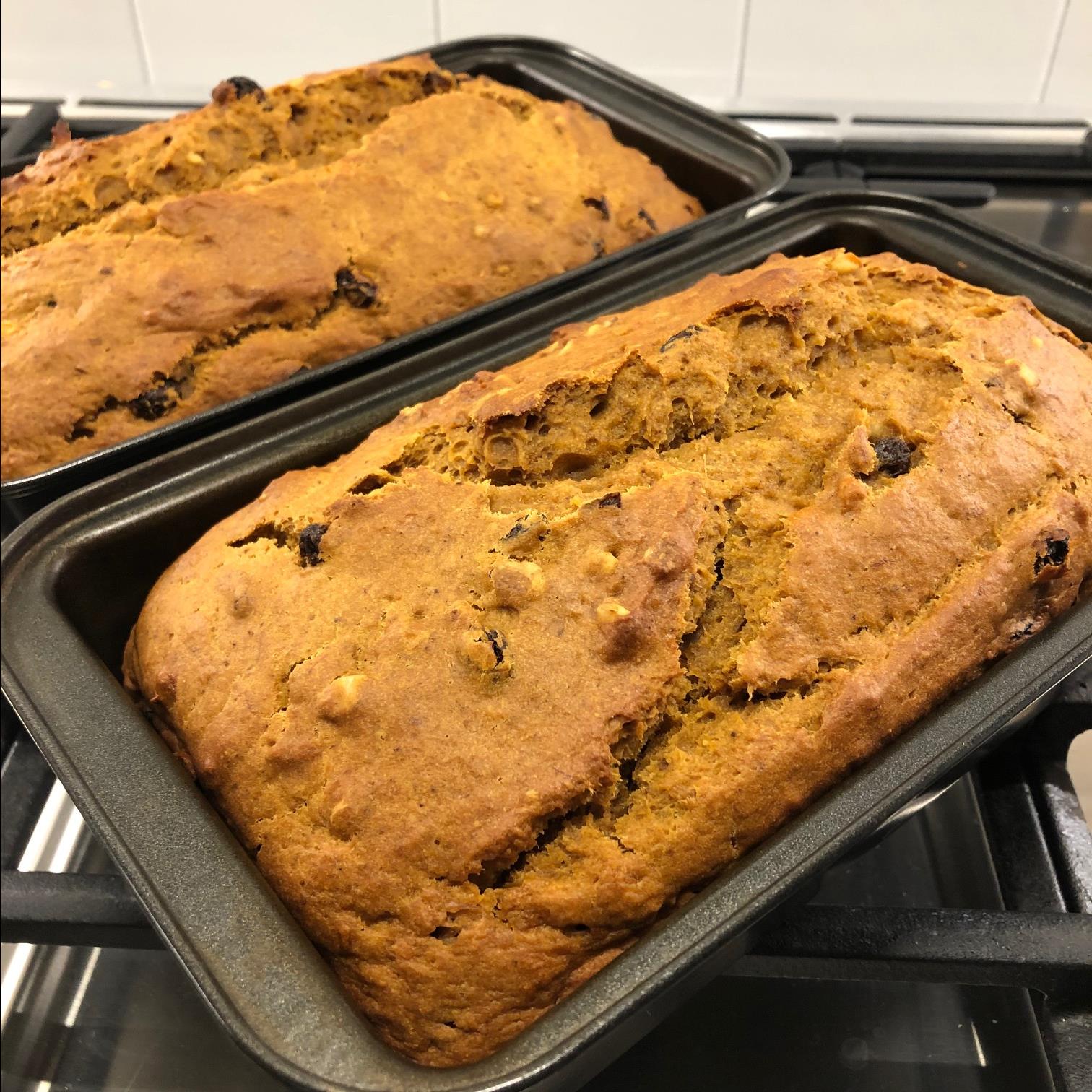 Pumpkin bread isn’t just for fall! I always have a lot of sourdough discard in the refrigerator and this is a great way to use it up no matter what the season. This is based on a King Arthur® recipe but tweaked a bit based on sugar and spice preferences, and made vegan so my daughter can enjoy it. I love to make multiple batches, slice the loaves, and freeze them in 1/2-loaf portions to thaw and enjoy as desired.

Stir sourdough discard in a bowl. Let sit until bubbles start to form, about 5 minutes.

Combine pumpkin puree, mashed banana, brown sugar, oil, molasses, and vanilla extract in a separate large bowl; whisk vigorously until brown sugar is completely incorporated with no chunks remaining. Stir in sourdough discard until evenly distributed. Add flour mixture gradually, at first whisking to combine and then switching to a heavy spoon and stirring until just incorporated; batter will be thick. Stir in raisins and walnuts and spoon into the prepared loaf pans.

Bake in the preheated oven until a toothpick inserted in the center of each loaf comes out clean, 60 to 70 minutes. Remove from the oven and let cool in the pans for 5 minutes. Transfer loaves to a wire rack and cool completely before slicing, about 30 minutes.

The best flavour of the flour can make a real difference to your bread. Different makers do vary. Extra-strong or Canadian flours, which are naturally higher in gluten, may give you a better rise than standard dough flours – especially if you’re make wholemeal dough , which not always getting bigger as well as clear bread.

A bread first rising can be done in the fridge 24 hours . This slows down the time it takes to rise to double its size, giving it a deeper flavour. It’s also a great timesaver , as you can work it night before , then clear it off the next day.