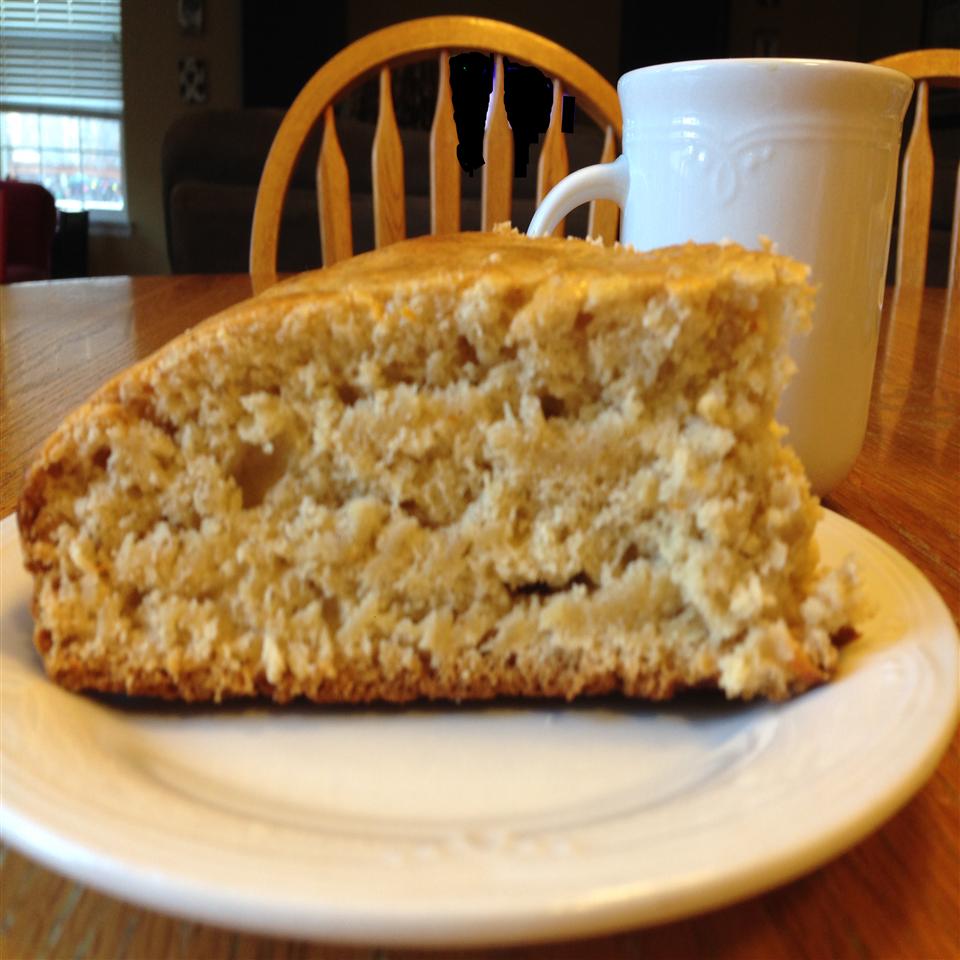 This is a delicious orange sweet bread recipe that has been passed down in my family for several generations. It is a Greek tradition to serve this bread on New Year’s morning. A coin is placed in the bread while baking, and when served, the person who finds the coin is said to have good luck for the year. It still makes a wonderful breakfast bread to be served anytime! The aroma that fills your home while baking this recipe is heavenly! It is an all-day process to make this bread, but it is worth it! For Greeks, this is a bread version of Vasilopita, not the dessert cake variety.

Mix orange juice, water, and cinnamon in a microwave-safe bowl. Heat in the microwave until the mixture registers 110 degrees F (43 degrees C) on an instant-read thermometer, 1 to 2 minutes.

Stir yeast into the orange juice mixture. Let stand until yeast is creamy and frothy, about 45 minutes.

Combine sugar and margarine in the bowl of a stand mixer. Beat until creamy. Add eggs; beat on high speed for 30 seconds. Mix in yeast mixture and orange zest until well combined.

Sift flour, salt, and baking powder together in a bowl. Add gradually to the mixture in the stand mixer, mixing with a bread hook until a soft, sticky dough forms, about 5 minutes.

Transfer dough to a large glass bowl. Cover with plastic wrap; let rise in a warm place until doubled in size, 2 to 4 hours.

Divide dough into 2 equal pieces. Put 1 wrapped coin in each piece; knead for 2 to 3 minutes and shape into a ball. Place 1 ball of dough in each cake pan. Cover with plastic wrap; let rise until puffy, 2 to 4 hours more.

Whisk egg white and vanilla together in a small bowl. Brush over the top of dough.

Bake in the preheated oven until a knife inserted into the center comes out with a few crumbs attached, 30 to 55 minutes.

The best flavour of the flour can make a real difference to your bread. Different makers do vary. Great taste or Canadian flours, which are naturally higher in gluten, may give you a better rise than standard dough flours – especially if you’re making wholemeal bread , which doesn’t always rise as well as white bread.

A dough’s first rising can be make in the fridge overnight . This slows down the time it takes to rise to double its size, giving it a deeper flavour. It’s also a great timesaver , as you can work it yesterday , then clear it off the next day.