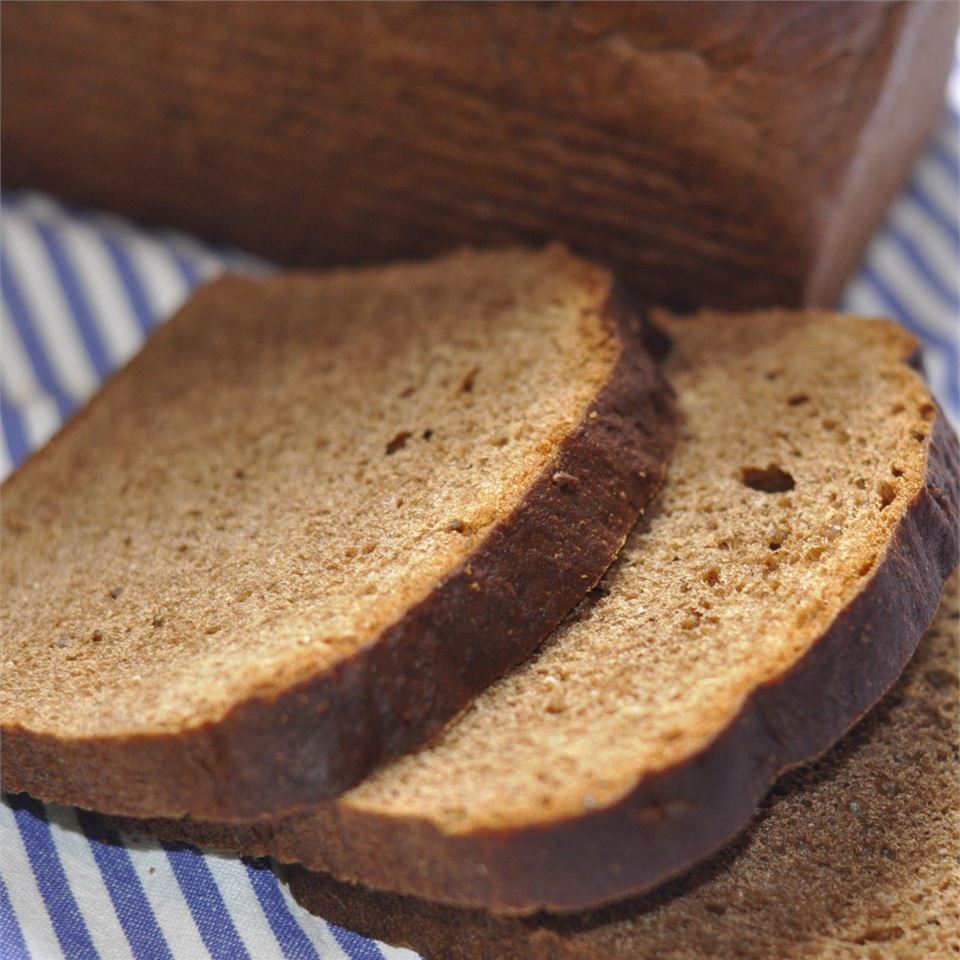 This flavorful rye bread is heavier than most rye breads because it has no wheat flour. It also takes some time but its worth the wait!

Heat the milk in a small saucepan until it bubbles, then remove from heat. Let cool until lukewarm.

In a small mixing bowl, dissolve yeast in the lukewarm milk. Let sit until creamy, about 10 minutes.

Pour the yeast mixture into a large mixing bowl. Mix in the molasses, egg, 4 cups of the rye flour, salt, and caraway seeds. Cover with a damp towel, and let rise for 45 minutes.

Stir in the remaining rye flour, 1/2 cup at a time, until the mixture forms a soft dough; stir well after each addition. (You may not need to add all of the rye flour.)Turn dough out onto a lightly floured surface, and knead until smooth and elastic, about 8 minutes. Lightly oil a large mixing bowl, place the dough in the bowl, and turn to coat with oil. Cover with a damp cloth, and put in a warm place to rise until doubled in volume, about 1 hour.

Deflate the dough, and turn it out onto a lightly floured surface. Divide the dough into two equal pieces, and form into loaves. Place the loaves into two lightly greased 9x5 inch loaf pans. Cover the loaves with a damp cloth, and let rise until doubled in volume, about 40 minutes.

Bake in a preheated 350 degrees F (175 degrees C) oven for about 30 minutes, or until the top is golden brown and the bottom of the loaf sounds hollow when tapped.

The quality of the flour can make a real difference to your bread. Different makers do vary. Extra-strong or Canadian flours, which are naturally higher in gluten, may give you a best rise than standard bread flours – especially if you’re make wholemeal bread , which doesn’t always rise as well as white bread.

A bread first rising can be done in the fridge 24 hours . This slows down the time it takes to rise to double its size, giving it a deeper flavour. It’s also a great timesaver , as you can work it yesterday , then finish it off the next day.