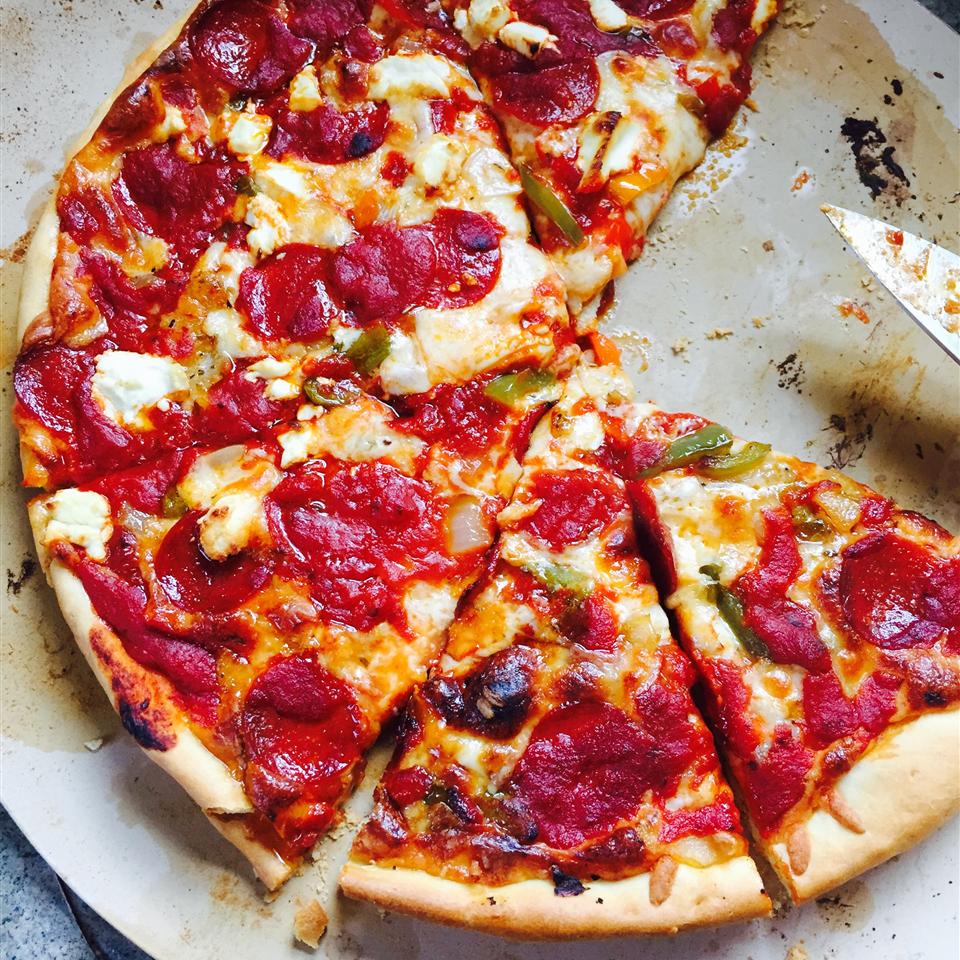 I have it on good authority that this is the real deep dish pizza dough that’s used in Chicago. The real thing is nothing like bread, or even pizza, dough. It is a buttery, flaky crust that is achieved by: 1) using corn oil (not butter) and 2) minimal mixing and kneading times. The pizza itself is built with cheese, toppings, and sauce, in that order. I suggest you use 6-in-1® tomatoes which are far superior to other brands. Classico® ground tomatoes are very similar. Contrary to popular opinion, cornmeal is not used in the dough by Chicago pizzerias.

Dissolve yeast and sugar in warm water in a bowl. Let stand for 5 to 10 minutes until the yeast softens and begins to form a creamy foam.

Combine yeast mixture, flour, corn oil, and kosher salt in a large stand mixer with a hook attachment; knead until dough holds together but is still slightly sticky, about 2 minutes.

Form dough into a ball and transfer to a buttered bowl, turning to coat. Cover bowl with a towel and allow dough to rise at room temperature until double in size, 6 hours.

Punch down dough and let rest for 10 to 15 minutes. Press dough into a 10-inch deep dish pizza pan.

The quality of the flour can make a real deal to your bread. Different brands do vary. Great taste or Canadian flours, which are naturally higher in gluten, may give you a best rise than standard dough flours – especially if you’re make wholemeal dough , which not always rise as well as clear bread.

A bread first rising can be done in the fridge overnight . This slows down the time it takes to rise to double its size, giving it a deeper flavour. It’s also a great timesaver , as you can work it night before , then clear it off the next day.