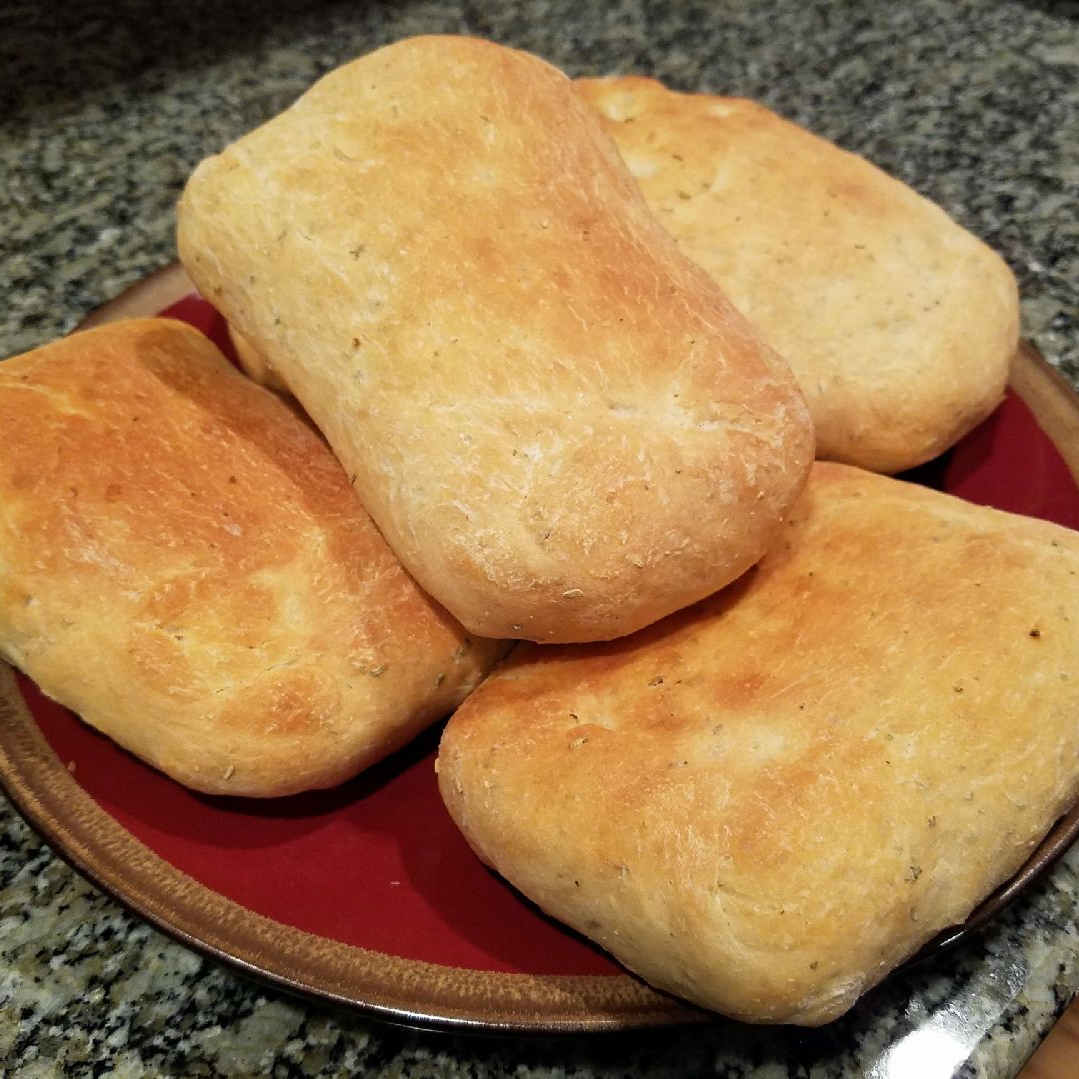 Pogaca (Bosnian/Croatian) or pogacha is a type of bread baked in the ashes of the fireplace, and later on in the oven. This bread is found in the cuisines of the Balkans and Turkey. So I searched high and low for a great bread to bake for my homemade panini. I tried maybe a dozen bread recipes over the years just to get it right. I needed a bread that was light and airy that you could press using a panini press and wouldn’t get too hard to chew or too thick to eat.

Mix milk and water in a pot over low heat. Heat, stirring constantly, until an instant-read thermometer inserted into the pot reads 110 degrees F (43 degrees C). Remove from heat. Add sugar and stir to dissolve. Pour mixture into a cup or other cylindrical glass; sprinkle yeast on top. Let mixture rest until yeast is frothy and fragrant, about 10 minutes.

Stir flour and salt together in a large mixing bowl. Pour in yeast mixture and mix until a sticky dough forms.

Turn dough out on a floured work surface and knead quickly for 5 minutes. Shape dough into a ball. Grease a large bowl with 1 tablespoon olive oil. Add dough; toss around the bowl a few times to coat evenly with oil. Cover with plastic wrap and a towel. Let rise in a warm place until doubled in size, about 1 hour.

Return dough back to the work surface and punch down. Coat your hands with a little olive oil and knead again for 1 minute. Divide into 5 balls. Flatten the balls out into thick rectangles. Place the rectangles of dough onto a greased baking sheet. Brush the tops with a thin coat of olive oil. Let rest for 20 minutes.

Bake bread in the preheated oven for 12 minutes. Switch to the broil setting until the top of the rolls turn golden brown, about 1 minute. Remove from the baking sheet and allow to cool completely. Cut rolls in half lengthwise.

The quality of the flour can make a real difference to your bread. Different brands do vary. Extra-strong or Canadian flours, which are bet higher in gluten, may give you a better rise than standard bread flours – especially if you’re make wholemeal dough , which not always rise as well as clear bread.

A dough’s first rising can be done in the fridge 24 hours . This slows down the time it takes to rise to double its size, giving it a deeper flavour. It’s also a great timesaver , as you can start it yesterday , then finish it off the next day.