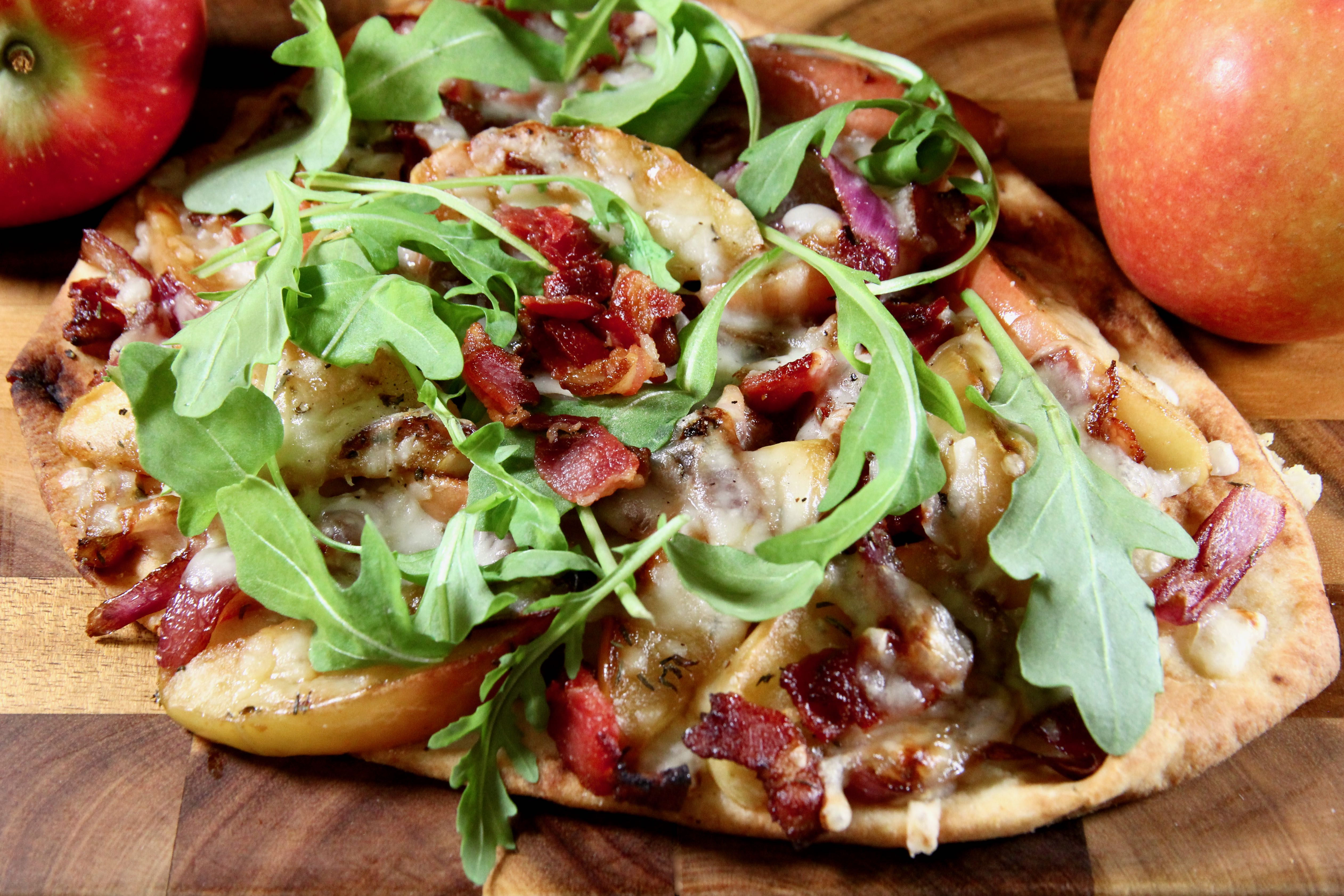 When apples are abundant and inexpensive in the fall, jazz things up with a savory apple naan flatbread, with a perfect balance of sweet and savory.

Preheat the oven to 400 degrees F (200 degrees C). Line a baking sheet with parchment paper and set aside.

Cook bacon in a skillet over medium heat until crisp and browned, about 4 minutes. Remove with a slotted spoon to a paper towel to drain. Reserve the bacon grease in the skillet.

Add apple and onion to the skillet and cook, stirring occasionally until soft, 8 to 10 minutes. Remove skillet from the heat and stir in the bacon. Sprinkle thyme over the apple mixture, and stir in balsamic vinegar. Taste and season with salt and pepper.

Place naan on the prepared baking sheet and brush with olive oil. Spread the apple mixture evenly on top. Cover with Gruyere cheese.

Bake in the preheated oven until naan is golden brown and cheese is melted, 10 to 12 minutes. Remove from oven, scatter a handful of arugula over the top, and serve immediately.

The best flavour of the flour could make a real deal to your bread. Different makers do vary. Great taste or Canadian flours, which are naturally higher in gluten, may give you a better rise than standard dough flours – especially if you’re make wholemeal bread , which doesn’t always rise as well as clear bread.

A dough’s first rising can be make in the fridge 24 hours . This slows down the time it takes to rise to double its size, giving it a deeper flavour. It’s also a great timesaver , as you can start it night before , then finish it off the next day.