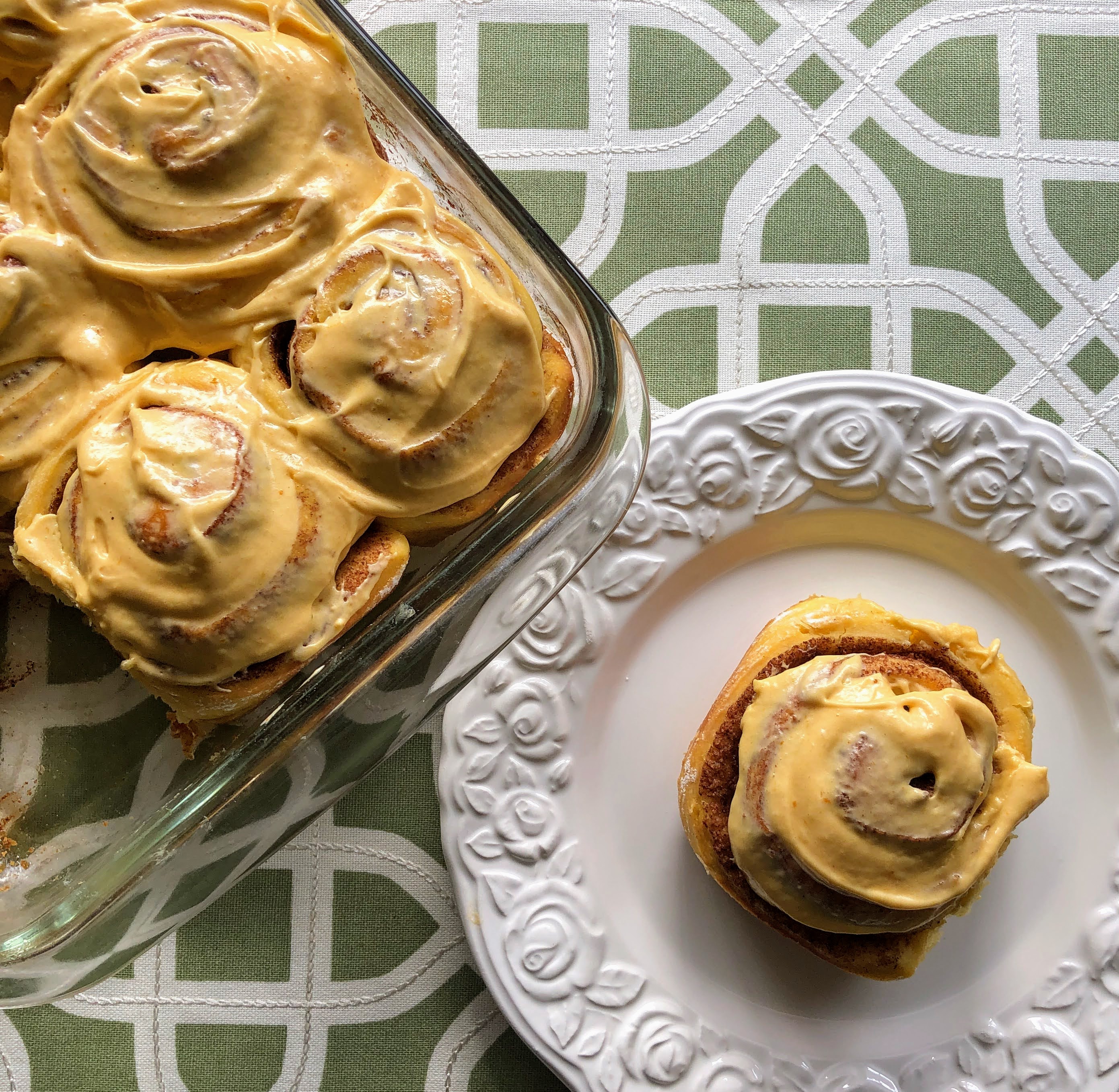 I love cinnamon rolls, and thought it would be fun to add pumpkin and eggnog to a cinnamon roll recipe I already had for the fall season.

Warm 1/2 cup eggnog in a small saucepan over low heat until it bubbles, about 5 minutes. Remove from heat and mix in 1/8 cup butter and 1/8 cup pumpkin; stir until melted. Add water and let mixture cool until lukewarm, about 5 minutes.

Combine cooled eggnog mixture, 1 cup flour, white sugar, egg, yeast, and salt in a large bowl. Stir well to combine. Stir in remaining flour 1 cup at a time, beating well after each addition with an electric mixer until dough has pulled together. Turn dough out onto a lightly floured surface and knead until smooth and elastic, about 8 minutes.

Roll dough into a 12x9-inch rectangle.

Combine brown sugar, cinnamon, nutmeg, cloves, and allspice together in a bowl. Spread melted butter on top of dough and top with brown sugar mixture. Roll dough into a log, using a little water to seal the seam.

Cut roll into 12 slices using a very sharp knife or a piece of unflavored dental floss. Place rolls into a 9x13-inch greased baking pan. Cover and let rise until almost doubled in size, about 1 hour.

Bake in the preheated oven until golden brown, 20 to 25 minutes.

The quality of the flour can make a real deal to your bread. Different makers do vary. Extra-strong or Canadian flours, which are naturally higher in gluten, may give you a better rise than standard bread flours – especially if you’re make wholemeal dough , which doesn’t always getting bigger as well as clear bread.

To made this in a dough , add all the ingredients to your breadmaker and follow the manufacturer’s instructions.