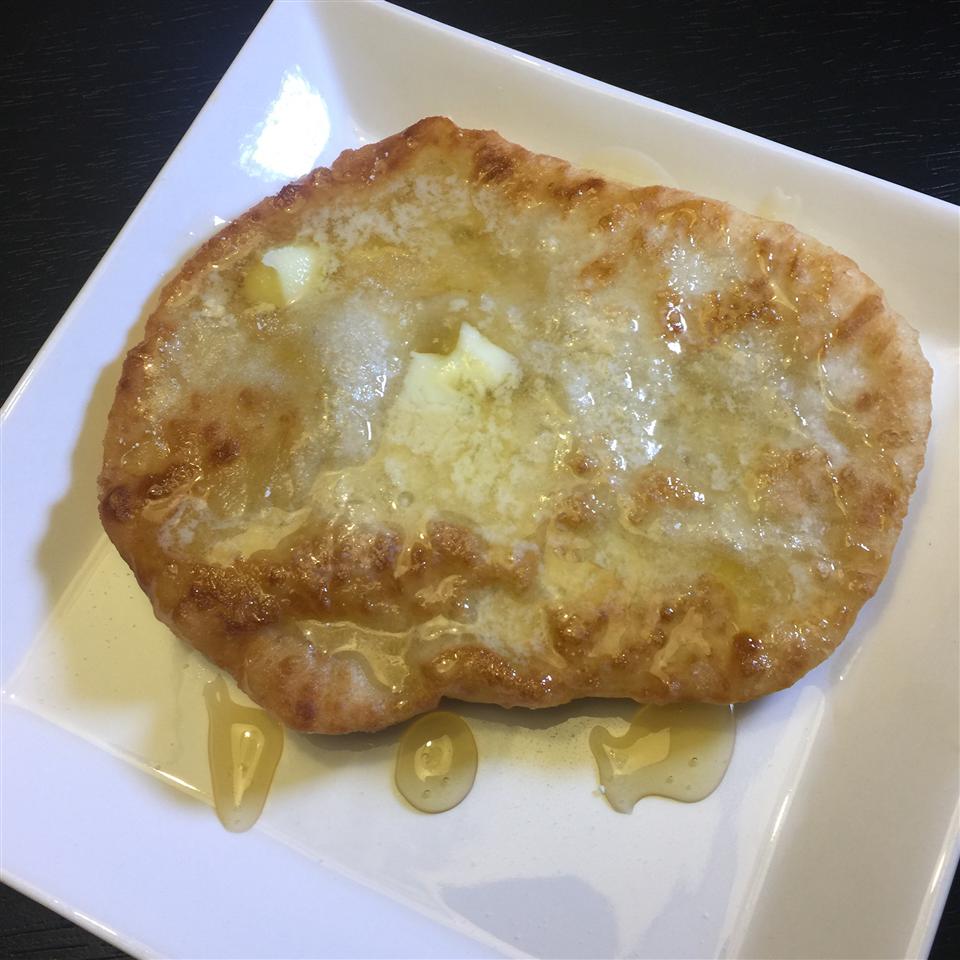 In a large bowl mix together flour, non-fat dry milk powder, baking powder, and salt. Cut in 5 tablespoons of the lard into the dry mixture until it resembles fine crumbs. Add the ice water and mix until the dough pulls cleanly away from the sides of the bowl.

Cover with a towel and set aside for 2 hours.

Divide the dough into two large pieces. Shape each piece into a circle. Roll each piece out on a lightly floured board to 1/4 inch thick. Make 2 parallel cuts through the dough without cutting all the way through. Let the dough rest briefly.

Heat the remaining lard in a large cast iron skillet over medium-high heat. Once it is hot, add the first shaped dough. Fry for 4-5 minutes on the first side, until golden, turn over and finish cooking on the second side for 3-4 minutes. Remove the bread from the skillet and drain onto paper towels. Sprinkle with sea salt, if desired. Keep warm while second section cooks.

The best flavour of the flour could make a real deal to your bread. Different brands do vary. Extra-strong or Canadian flours, which are bet higher in gluten, may give you a better rise than standard dough flours – especially if you’re make wholemeal dough , which not always rise as well as clear bread.