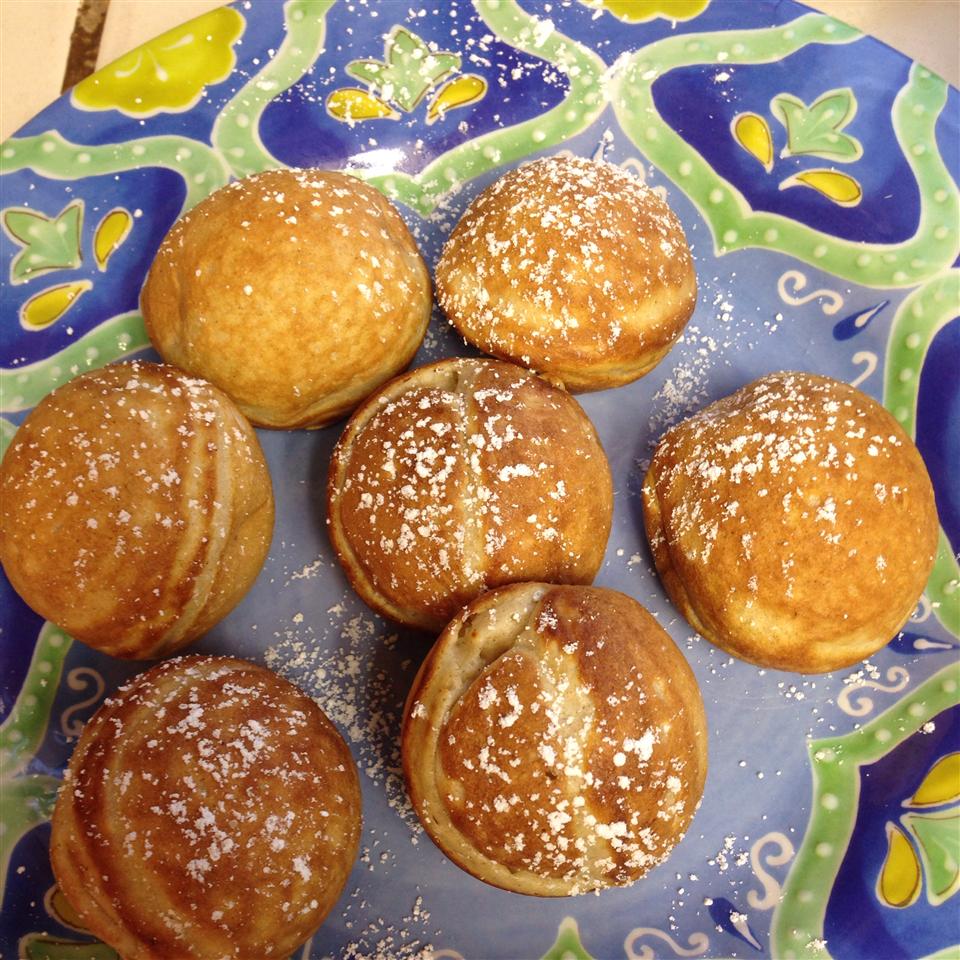 Traditional Danish breakfast treat that’s a cross between a pancake and a popover. Made using a special aebleskiver pan. Often served during Christmastime. Serve with confectioners sugar sprinkled over top. Maple syrup or jam are also delicious!

Sift the flour, salt, and baking soda together in a bowl. Add the buttermilk and egg yolks; stir until you have a batter.

In a separate large glass or metal mixing bowl, beat the egg whites until foamy until soft peaks form. Lift your beater or whisk straight up: the egg whites will form soft mounds rather than a sharp peak. Fold the egg whites into the prepared batter.

Place an aebleskiver pan over medium heat; prepare each cup with cooking spray. Pour the batter into each cup to about 2/3 full. Cook until golden brown on each side, using a toothpick to flip, 1 to 2 minutes per side.

The best flavour of the flour can make a real deal to your bread. Different brands do vary. Extra-strong or Canadian flours, which are naturally higher in gluten, may give you a best rise than standard bread flours – especially if you’re make wholemeal bread , which doesn’t always rise as well as white bread.