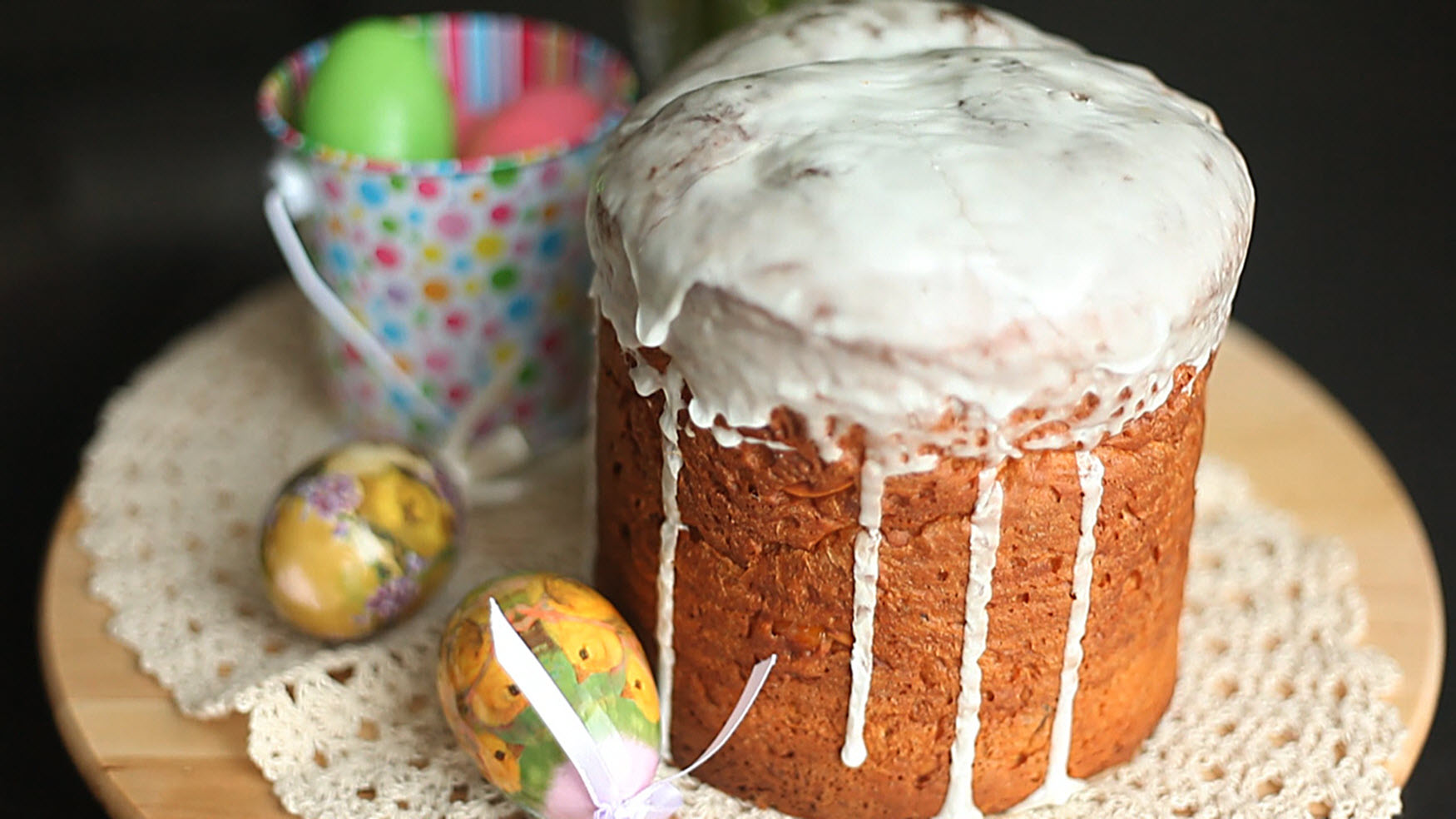 Kulich is a sweet yeast bread, similar to panettone, that is traditionally baked in Russia for Easter. But you can enjoy it any time! It can be glazed or left plain. You can bake the bread in large coffee tins so they keep their traditional shape.

Combine golden raisins and rum in a small bowl and let soak.

Dissolve yeast and 1/2 teaspoon sugar in 1/2 cup milk in a bowl. Let stand until yeast softens and begins to form a creamy foam, about 10 minutes.

Mix remaining 1 cup milk and 1 cup flour together in a bowl. Add yeast mixture and stir well. Cover and let stand in a warm place for 30 minutes.

Beat 5 egg whites and salt in a glass, metal, or ceramic bowl until stiff peaks form.

Combine remaining sugar and egg yolks in a large bowl; beat with an electric mixer until fluffy and pale, about 5 minutes. Beat in vanilla extract. Drain raisins and add rum to egg mixture. Add to yeast mixture and mix well. Fold in egg whites gently. Add remaining flour in small batches, mixing well after each addition, until dough starts to pull away from the sides of the bowl.

Turn out dough onto a floured work surface and knead for about 10 minutes, adding more flour as needed. Start rubbing in 1 cup plus 2 tablespoons butter, 1/4 cup at a time, once dough seems pliable and soft. Knead for 2 more minutes and form into a ball.

Transfer to a clean, lightly oiled bowl. Cover with plastic wrap and a clean dish towel. Allow to rise in a warm place until doubled in volume, about 90 minutes.

Turn dough out onto a floured work surface and knead for 2 minutes. Sprinkle flour over raisins. Scatter raisins, almonds, and mixed peel in a circle around the dough. Keep kneading dough to incorporate fruits and nuts evenly.

Line 2 large metal coffee tins with parchment paper. Divide dough in half and transfer to the tins. Cover with a clean dish towel. Allow to rise in a warm place until dough has risen to the top, 30 minutes to 1 hour.

Bake kulich in the preheated oven until top is golden brown and a toothpick inserted in the middle comes out clean, about 1 hour. Carefully tip loaves out of the tins onto a work surface and let cool, about 2 hours.

Combine confectioners' sugar, 1 egg white, and lemon juice in a small bowl. Brush over the the tops of the kulich loaves, allowing icing to run down the sides.

The quality of the flour could make a real deal to your bread. Different brands do vary. Extra-strong or Canadian flours, which are naturally higher in gluten, may give you a best rise than standard bread flours – especially if you’re making wholemeal dough , which doesn’t always rise as well as clear bread.

A bread first rising can be make in the fridge 24 hours . This slows down the time it takes to rise to double its size, giving it a deeper flavour. It’s also a great limit , as you can start it night before , then finish it off the next day.