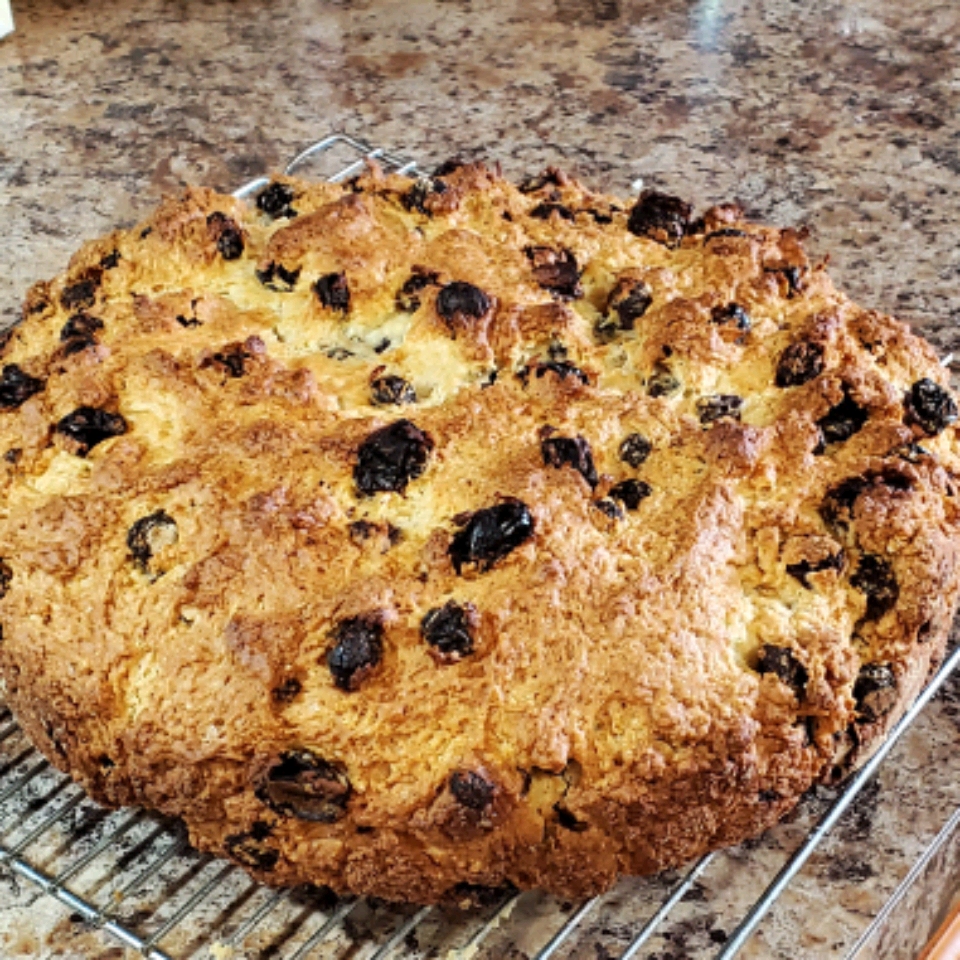 This is my mother’s recipe. She makes it several times a week for some function or another. My sister loves this so much she has to control herself or she would eat a whole one with a stick of butter! I usually only make this easy soda bread for events that my mother can’t come to! Slice into wedges, butter, and enjoy!

In a large bowl, cut together the self-rising flour, sugar, and butter with a pastry cutter until the mixture resembles coarse crumbs. Stir in the raisins. In a separate bowl, whisk together egg with 1 cup of milk. Lightly mix the milk mixture into the flour mixture until it holds together. Place dough in prepared baking dish, and brush top with 1 tablespoon of milk for a nice golden brown crust.

Place the bread into the preheated oven. Reduce heat to 350 degrees F (175 degrees C), and bake for 1 hour. Let cool before serving.

The best flavour of the flour can make a real deal to your bread. Different makers do vary. Extra-strong or Canadian flours, which are naturally higher in gluten, may give you a best rise than standard bread flours – especially if you’re making wholemeal dough , which not always getting bigger as well as clear bread.

A dough’s first rising can be make in the fridge 24 hours . This slows down the time it takes to rise to double its size, giving it a deeper flavour. It’s also a great timesaver , as you can work it night before , then clear it off the next day.