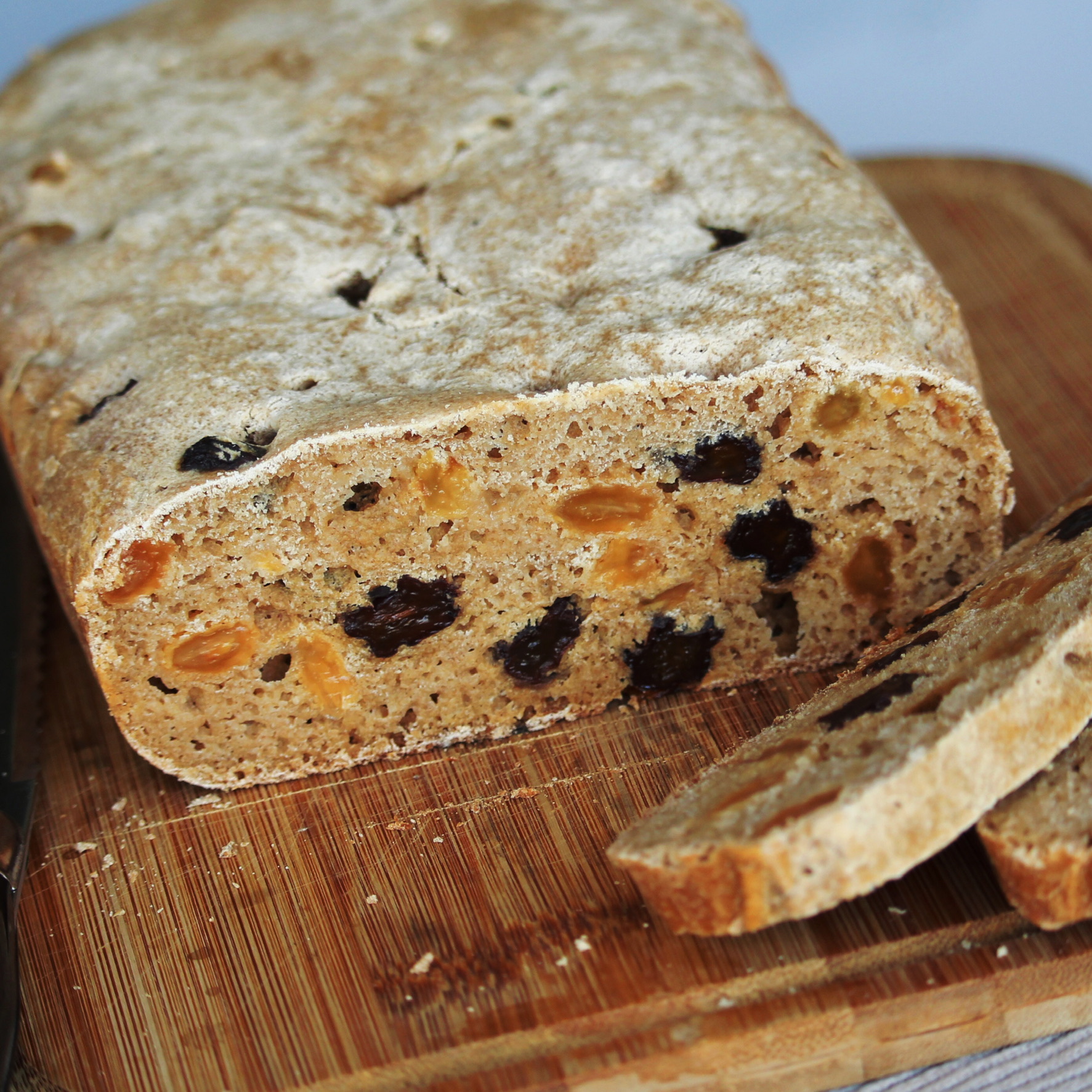 Cinnamon raisin bread made with gluten-free sourdough starter discard instead of commercial yeast. I made this recipe during the Covid-19 lockdown when yeast had disappeared from the supermarkets. This light and fluffy loaf is very easy to make because there is no kneading; it is more of a batter than a dough. This bread is delicious toasted.

Place raisins into a bowl and cover with lukewarm water. Set aside to soak.

Combine milk, sourdough starter, and agave in the bowl of a stand mixer. Start mixer on low and add flour mixture 1 tablespoon at a time until well combined. Add eggs and vanilla extract and mix until well incorporated. Drain raisins and fold into the batter.

Pour the batter into the prepared loaf pan. Smooth out the top using a wet rubber scraper. Loosely cover the pan with plastic wrap and let rise until almost doubled in size, about 2 hours. Cover with foil.

Heat the oven to 350 degrees F (175 degrees C). Bake bread for 30 minutes. Remove foil and continue baking until bread is browned and has reached an internal temperature of 200 degrees F (95 degrees C), about 10 minutes more.

Cool in the pan for 5 minutes. Turn bread out from pan onto a wire rack and allow to cool completely before slicing.

The quality of the flour can make a real deal to your bread. Different makers do vary. Great taste or Canadian flours, which are naturally higher in gluten, may give you a best rise than standard dough flours – especially if you’re make wholemeal dough , which doesn’t always getting bigger as well as clear bread.

A bread first rising can be done in the fridge 24 hours . This slows down the time it takes to rise to double its size, giving it a deeper flavour. It’s also a great timesaver , as you can work it night before , then finish it off the next day.