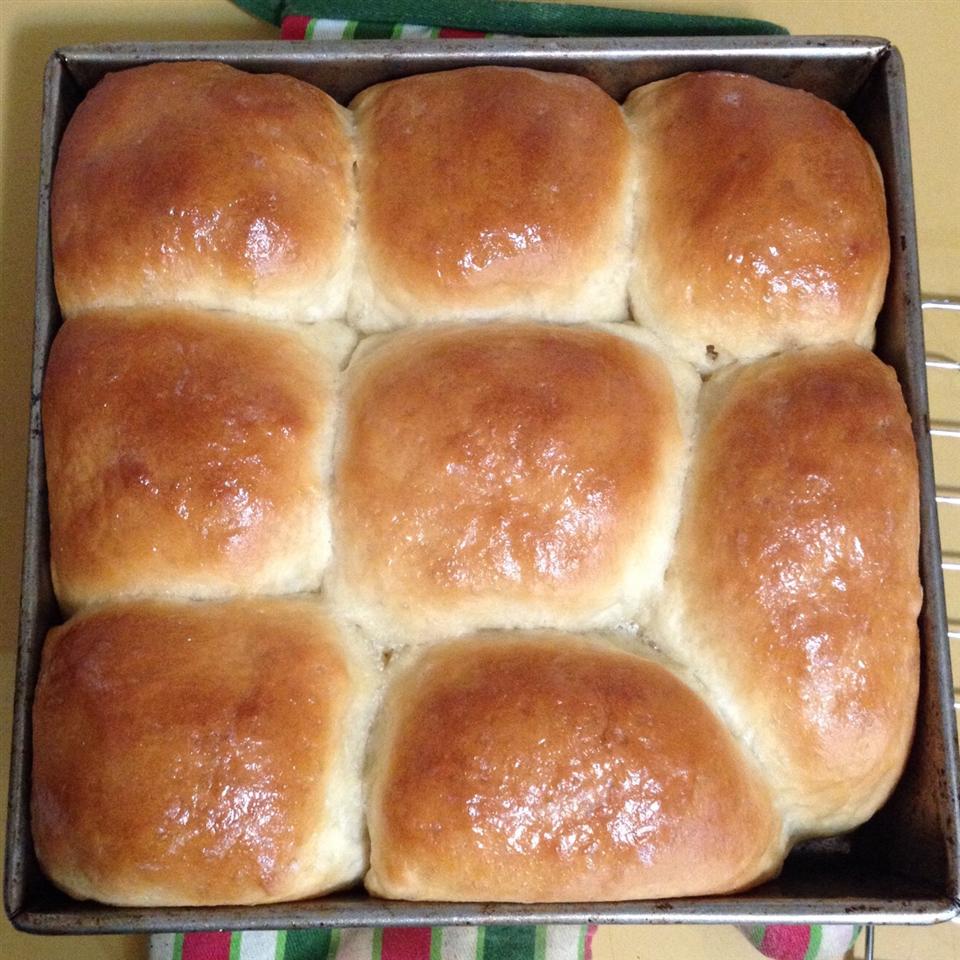 This is a rich, old-fashioned white bread I’ve improved on from my grandmother. It is a must to make several batches because this bread just disappears around people.

Pour milk in a heatproof bowl, and gently warm in a microwave oven set on Low until milk is about 100 degrees F (38 degrees C), about 15 seconds. Mix in the sugar and honey, and stir to dissolve. Mix in the yeast, and let stand until the yeast activates and forms a creamy layer on the milk, about 15 minutes.

Place 4 cups of bread flour and the salt into the mixing bowl of a stand mixer; pour in the yeast mixture, and mix on slow speed with a mixing paddle until thoroughly combined, about 1 minute; dough will be very wet. Add the butter, and mix in the remaining 2 cups of bread flour, or as needed, until the dough begins to gather itself into a ball. Change the fitting from the mixing paddle to a dough hook, and machine-knead the dough until smooth and springy, about 4 minutes.

Transfer the dough onto a well-floured work surface, and knead until you see the surface of the dough begin to break during folding and kneading. Roll dough into a ball, and place into a lightly floured large bowl. Cover the bowl with a kitchen towel, and set into a warm place to rise until doubled, about 1 hour.

Punch down the dough, remove to the floured surface, and knead for 2 more minutes; cut the dough in half with a sharp knife. Form the dough into logs, adding more flour if necessary, and place the loaves into the sprayed pans. Cover the pans with a kitchen towel, and place into a warm place to rise until doubled, about 1 more hour.

Place the bread loaves into the preheated oven, and turn the heat down to 350 degrees F (175 degrees C). Bake until the tops are golden brown and the loaves make a hollow sound when thumped, about 25 minutes. Cool the pans on baking racks for about 5 minutes before turning the bread loaves out to finish cooling on racks. Cover the loaves with a kitchen towel as they cool.

The best flavour of the flour can make a real difference to your bread. Different brands do vary. Great taste or Canadian flours, which are bet higher in gluten, may give you a better rise than standard dough flours – especially if you’re make wholemeal dough , which doesn’t always rise as well as white bread.

A dough’s first rising can be make in the fridge 24 hours . This slows down the time it takes to rise to double its size, giving it a deeper flavour. It’s also a great timesaver , as you can start it night before , then finish it off the next day.