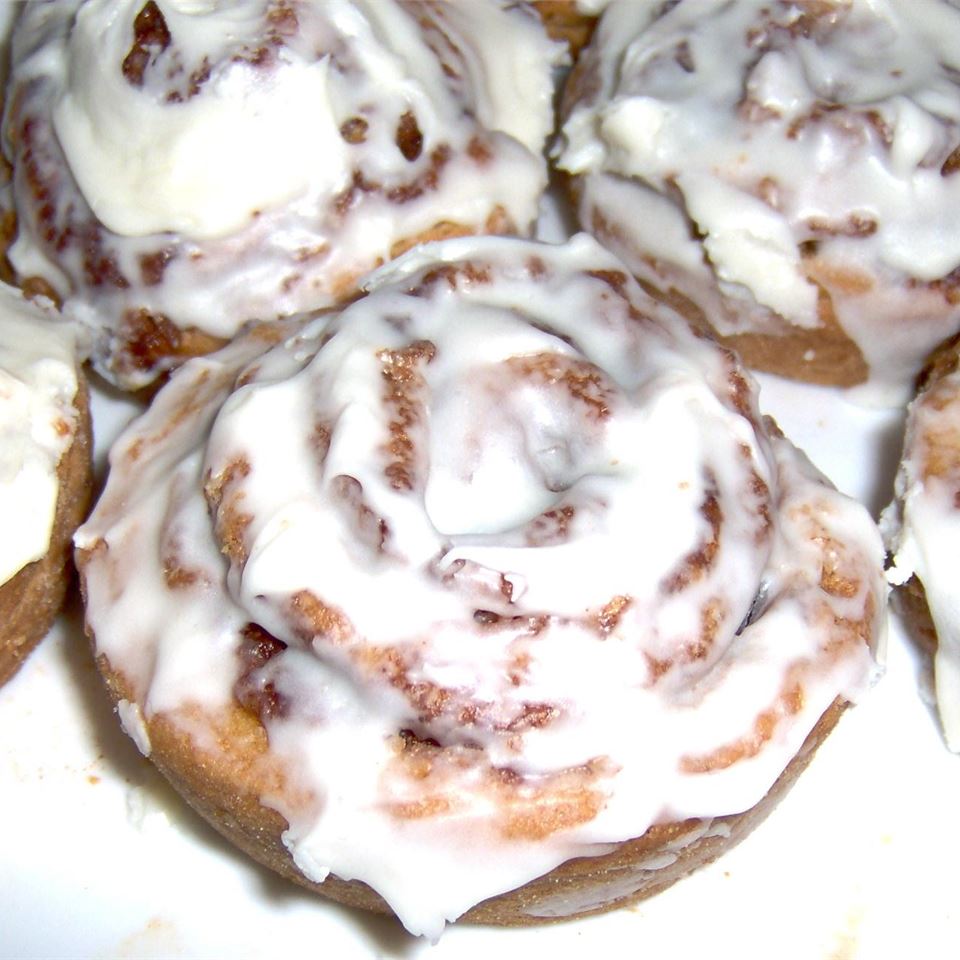 Feather-light tea biscuit dough with swirls of cinnamon-raisin filling inside.

In a large bowl, combine flour, baking powder and salt. Cut in shortening until mixture resembles coarse cornmeal. Add milk all at once to dry ingredients and stir with a fork until a soft dough is formed. Turn dough out onto lightly floured surface and knead gently 8 to 10 times. Roll out to a 12 inch square.

Bake in preheated oven for 14 to 18 minutes, until golden. Remove from heat immediately. Serve warm.

The quality of the flour can make a real difference to your bread. Different makers do vary. Extra-strong or Canadian flours, which are bet higher in gluten, may give you a best rise than standard dough flours – especially if you’re making wholemeal dough , which not always rise as well as clear bread.