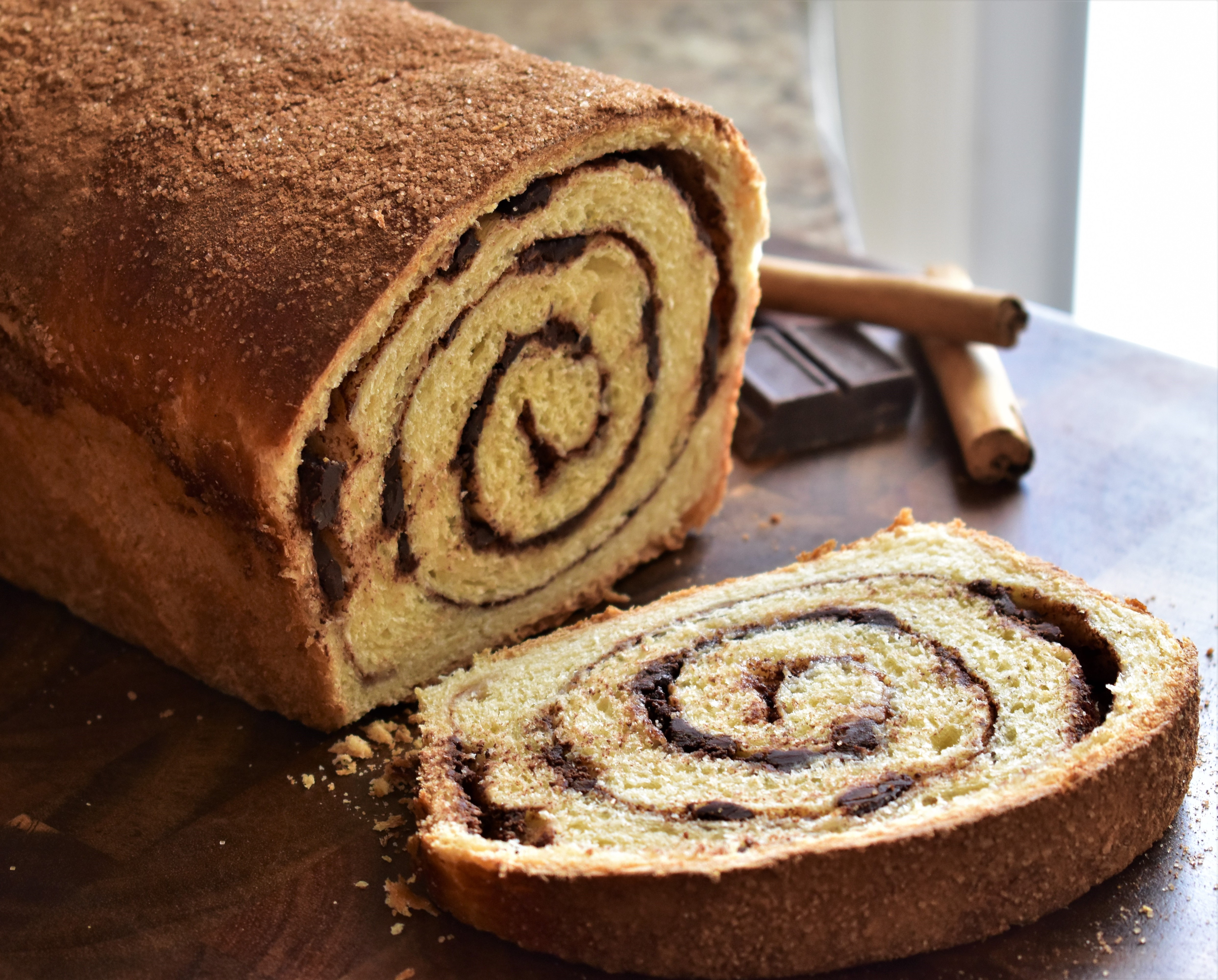 This cinnamon-chocolate chip bread is a deliciously rich and chocolaty dessert bread. It’ll never last more than a day!

Dissolve yeast in warm water and let sit for 5 to 10 minutes.

Meanwhile, coat the inside of a large bowl with cooking spray.

Knead dough by hand on a lightly floured surface or in a stand mixer fitted with a bread hook for 10 minutes. Transfer to the prepared bowl and turn until dough is covered in cooking spray. Cover with a damp cloth and leave in a warm place until doubled in size, about 1 hour.

Spray a 9x5-inch loaf pan with cooking spray. Mix together sugar and cinnamon in a small bowl; set aside.

Remove dough from the bowl. Punch it and fold in the sides. Flatten dough with a rolling pin into a 9x18-inch rectangle. Brush on melted butter and sprinkle with all but 3 tablespoons cinnamon-sugar mixture. Sprinkle with chopped chocolate. Roll dough carefully, starting at the short end, and pinch closed at the seam. Place seam-side down in the prepared loaf pan. Cover the pan and set in a warm place until doubled in size, about 1 hour.

Bake in preheated oven until top is golden brown, 40 to 45 minutes. Carefully tip loaf out of pan onto a work surface and let it cool on a wire rack.

The best flavour of the flour can make a real difference to your bread. Different brands do vary. Extra-strong or Canadian flours, which are naturally higher in gluten, may give you a best rise than standard dough flours – especially if you’re making wholemeal dough , which doesn’t always getting bigger as well as white bread.