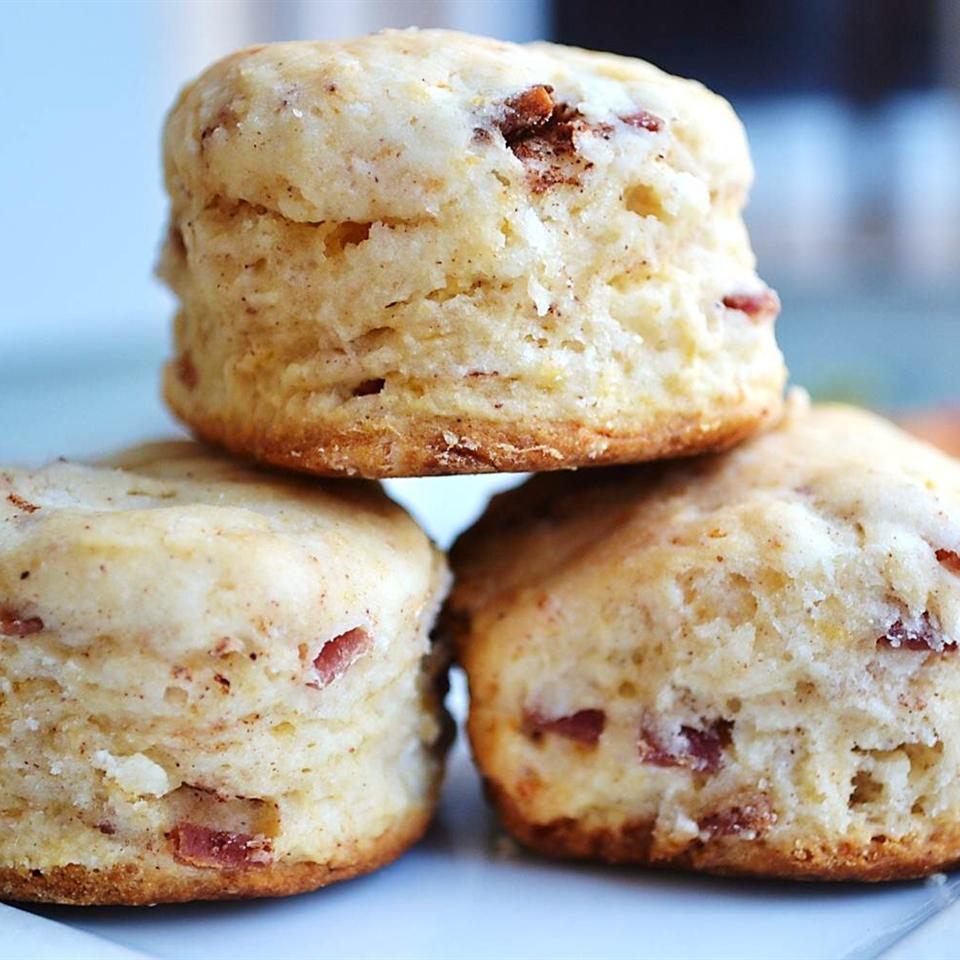 A cinnamon and raisin biscuit, but made in a traditional cinnamon roll shape!

In a food processor, process cinnamon chips until coarsely ground. Remove 1/2 of the chips, and continue to process the remaining chips until finely ground.

In a large bowl, whisk together baking mixes, 1 cup coarsely ground cinnamon chips, and raisins. Make a well in center, add buttermilk, and stir just until dough comes together.

Turn dough out onto a lightly floured, flat surface. Knead gently for 1 minute. Flatten dough to a 8x10 inch rectangle. Brush with melted butter, and sprinkle with finely ground cinnamon chips. Starting from one long side, roll up the dough. Pinch seams and ends to seal. Slice roll crosswise into 8 equal slices, and arrange in a 9x13 ungreased baking pan.

The best flavour of the flour can make a real difference to your bread. Different makers do vary. Extra-strong or Canadian flours, which are bet higher in gluten, may give you a best rise than standard dough flours – especially if you’re make wholemeal dough , which not always getting bigger as well as clear bread.