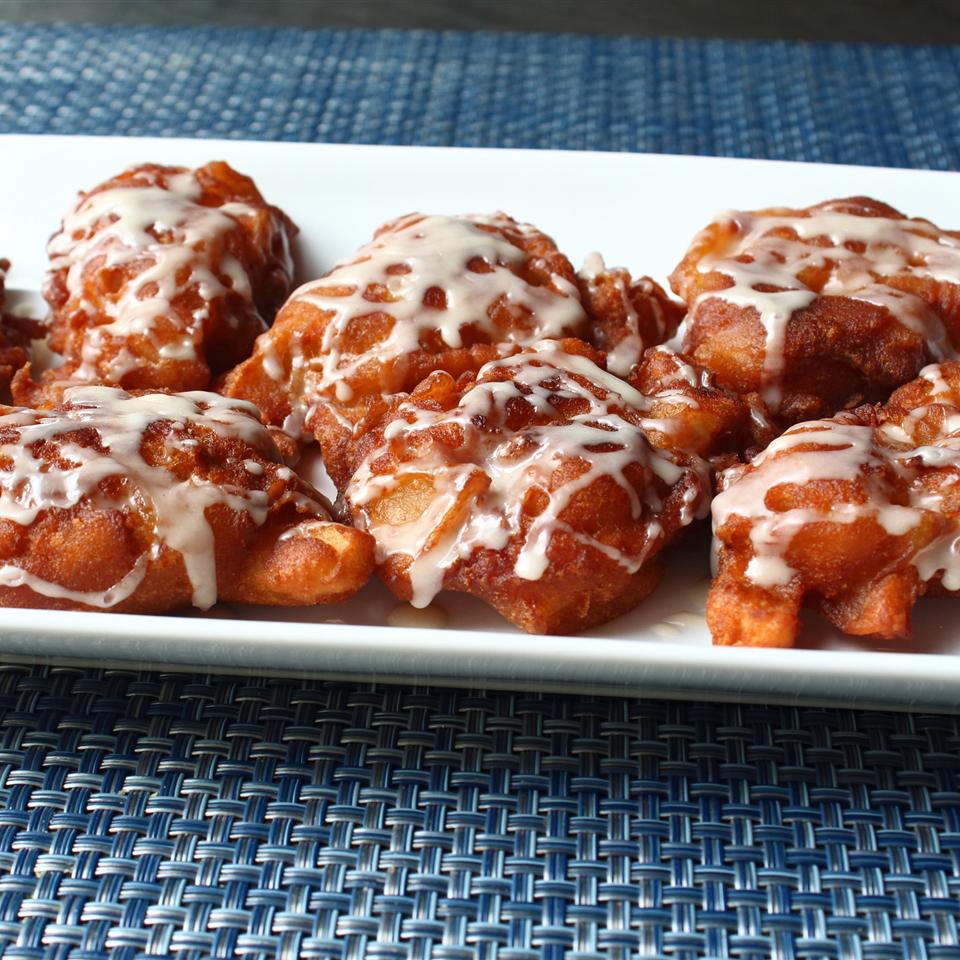 I didn’t think I liked apple fritters, but turns out I just don’t like chunks of almost raw apple, surrounded by a doughnut. Maybe I’ve just been going to the wrong shops, but I’ve never enjoyed the texture, and always wanted to try them with cooked apples.

Heat oil in a deep-fryer or large saucepan to 350 degrees F (175 degrees C). Spoon about 2 tablespoons batter per fritter, into hot oil, slightly flattening them out. Cook in batches. Fry on one side until small bubbles appear on the surface, about 2 minutes. Carefully flip fritters over and fry the other side until richly browned, about 2 more minutes.

Transfer with a slotted spoon to a paper-towel-lined plate to drain grease. Cool slightly before glazing.

Whisk powdered sugar and cinnamon in a mixing bowl. Add enough apple cider, 1 teaspoon at a time, to form a smooth glaze that is just runny enough to drizzle over fritters.

The best flavour of the flour can make a real deal to your bread. Different makers do vary. Extra-strong or Canadian flours, which are bet higher in gluten, may give you a better rise than standard dough flours – especially if you’re make wholemeal dough , which not always rise as well as white bread.