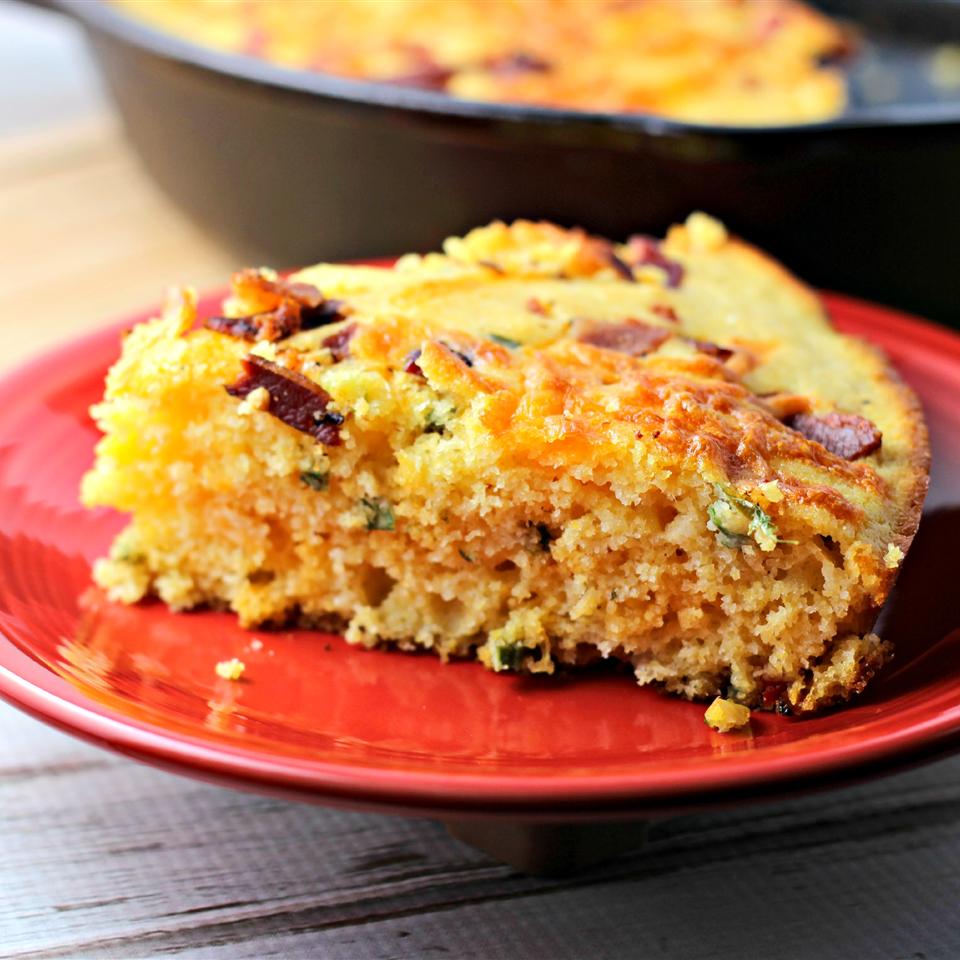 After some trial and error, this is by far my favorite cornbread recipe. It’s spicy, moist, and the cast iron skillet gives it a lovely crispy brown crust, plus bacon! Also I love that it doesn’t use buttermilk because I hate buying it just for cornbread. And it’s gluten-free.

Place bacon in a cast iron skillet and cook over medium-high heat, turning occasionally, until evenly browned, about 10 minutes. Drain the bacon slices on paper towels, reserving bacon grease in the skillet. Spread the grease up the sides of the skillet using a paper towel.

Cook jalapeno peppers in the bacon grease over medium heat until lightly browned, about 5 minutes.

Combine cornmeal and skim milk together in a bowl; let sit until some of the liquid is absorbed, 5 to 10 minutes.

Bake in the preheated oven until set and a toothpick inserted in the center comes out clean, about 18 minutes.

The best flavour of the flour can make a real difference to your bread. Different makers do vary. Great taste or Canadian flours, which are bet higher in gluten, may give you a best rise than standard dough flours – especially if you’re make wholemeal dough , which doesn’t always getting bigger as well as clear bread.