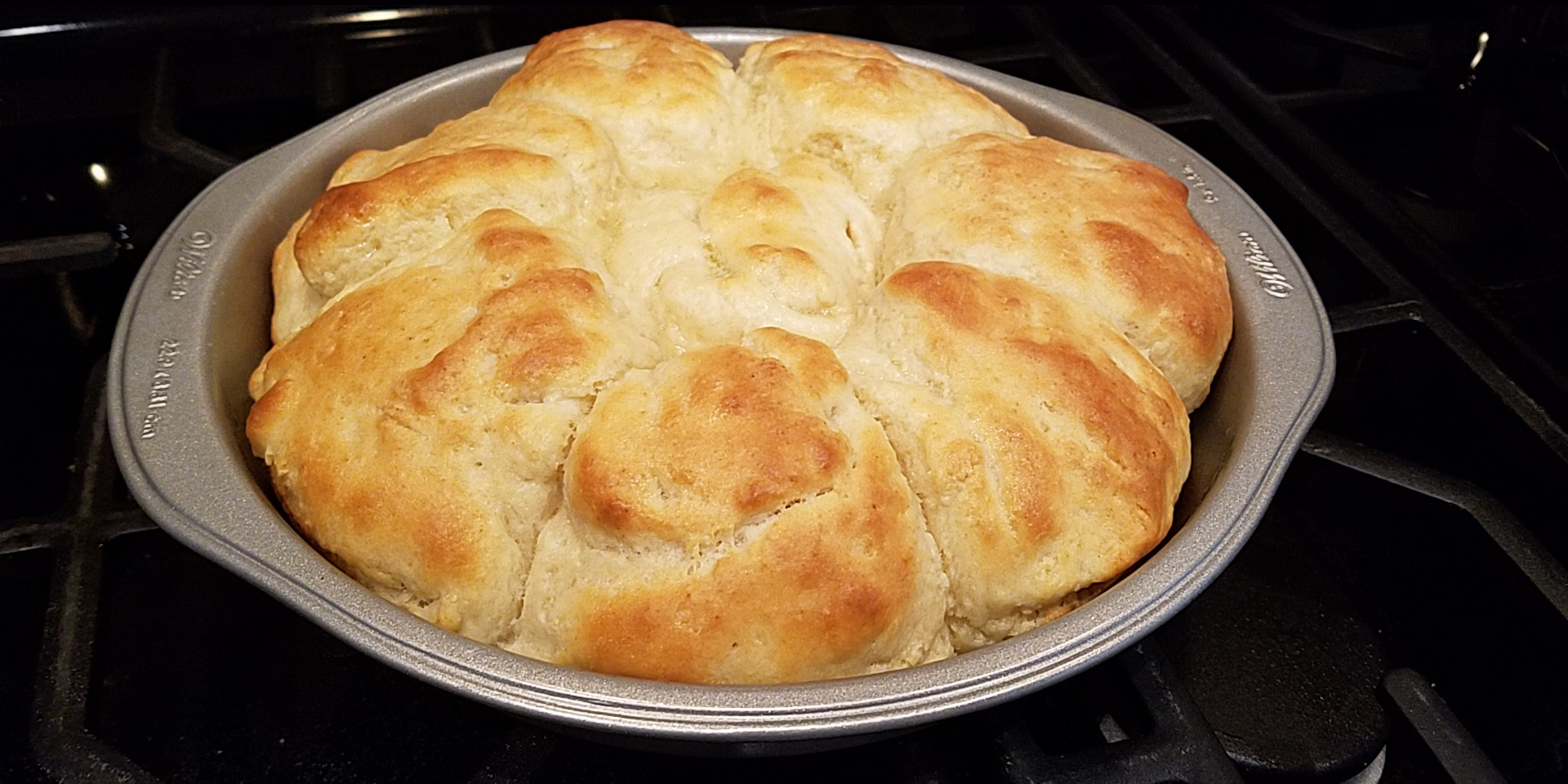 This is the old-time recipe from our grandmamas. There is no real measurement in this for the shortening. Wonderful and tasty heavy biscuit from the old times. Great with homemade sausage gravy. Always always always use White Lily® flour for the fluffiest biscuits. I usually don’t always use all of the buttermilk. I seem to usually have just under a 1/4 cup leftover.

Sift flour and salt together into a large mixing bowl. Make a dent in flour by pushing flour from center toward sides of bowl. Add 2 walnut-size lumps of shortening and a splash of buttermilk to the flour where you made the dent. Work the shortening into the flour using fingers in a twisting motion (rub thumb against pointer and middle finger motion) until the shortening is fully incorporated into the flour.

Pour buttermilk into the flour about 1/4 cup at a time, continuing to work it in with your fingers until the buttermilk is completely incorporated into a sticky dough.

Roll dough into 8 large balls and drop into prepared cake pan, working around the outside and putting the last one in middle to fill the pan. Press dough balls with back of fingers to flatten until they touch and are about 3/4- to 1-inch thick.

Bake in preheated oven until the tops are golden brown, 15 to 20 minutes. Brush tops with melted butter.

The best flavour of the flour could make a real difference to your bread. Different makers do vary. Extra-strong or Canadian flours, which are bet higher in gluten, may give you a best rise than standard bread flours – especially if you’re make wholemeal bread , which doesn’t always getting bigger as well as white bread.

A dough’s first rising can be done in the fridge 24 hours . This slows down the time it takes to rise to double its size, giving it a deeper flavour. It’s also a great timesaver , as you can work it yesterday , then clear it off the next day.