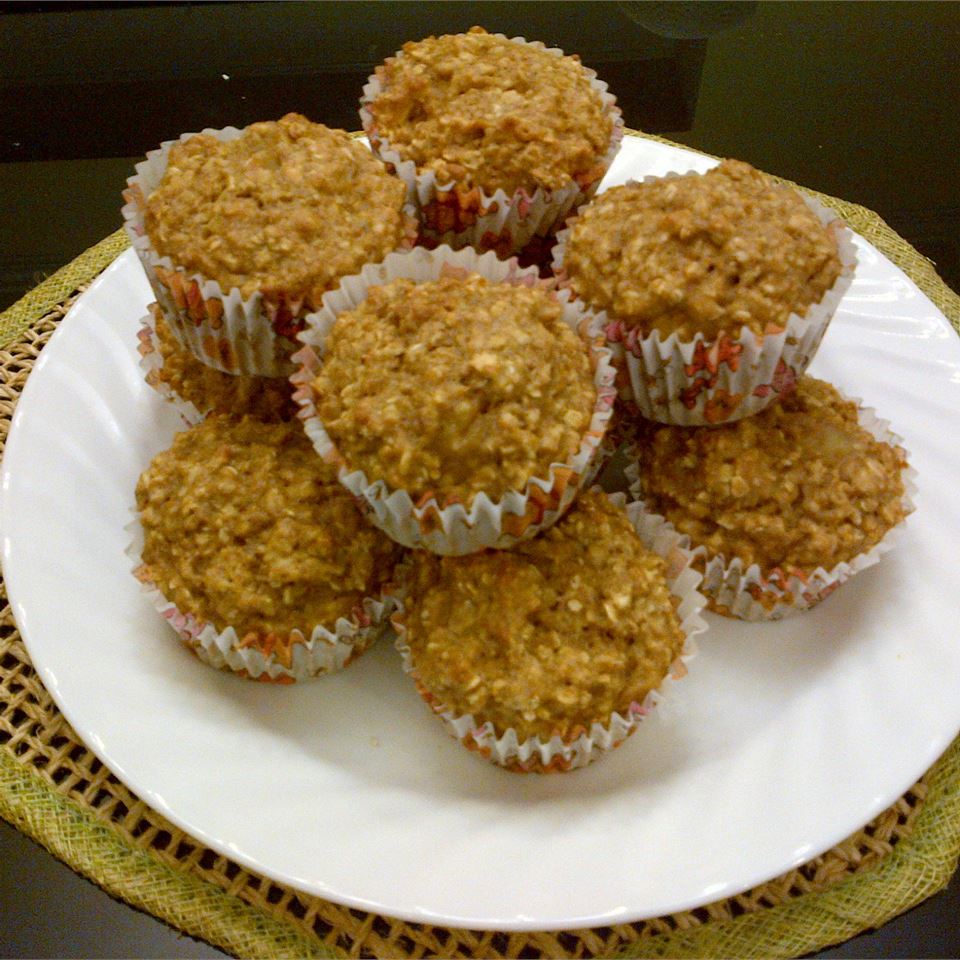 These are so good for a winter breakfast when served warm.

Whisk 1/2 cup brown sugar, egg white, applesauce, and milk together in a mixing bowl until smooth. Stir in the flour mixture until evenly moistened; it’s ok if small, dry lumps remain. Pour the batter into the prepared muffin tin. Stir the 1/4 cup oatmeal, 1/4 cup brown sugar, 1 tablespoon cinnamon, and the melted butter in a small bowl; sprinkle this mixture over the muffins.

Bake in the preheated oven until golden and the tops spring back when lightly pressed, about 20 minutes. Cool at least 10 minutes before serving.

The quality of the flour can make a real difference to your bread. Different makers do vary. Extra-strong or Canadian flours, which are bet higher in gluten, may give you a better rise than standard dough flours – especially if you’re making wholemeal dough , which doesn’t always rise as well as white bread.