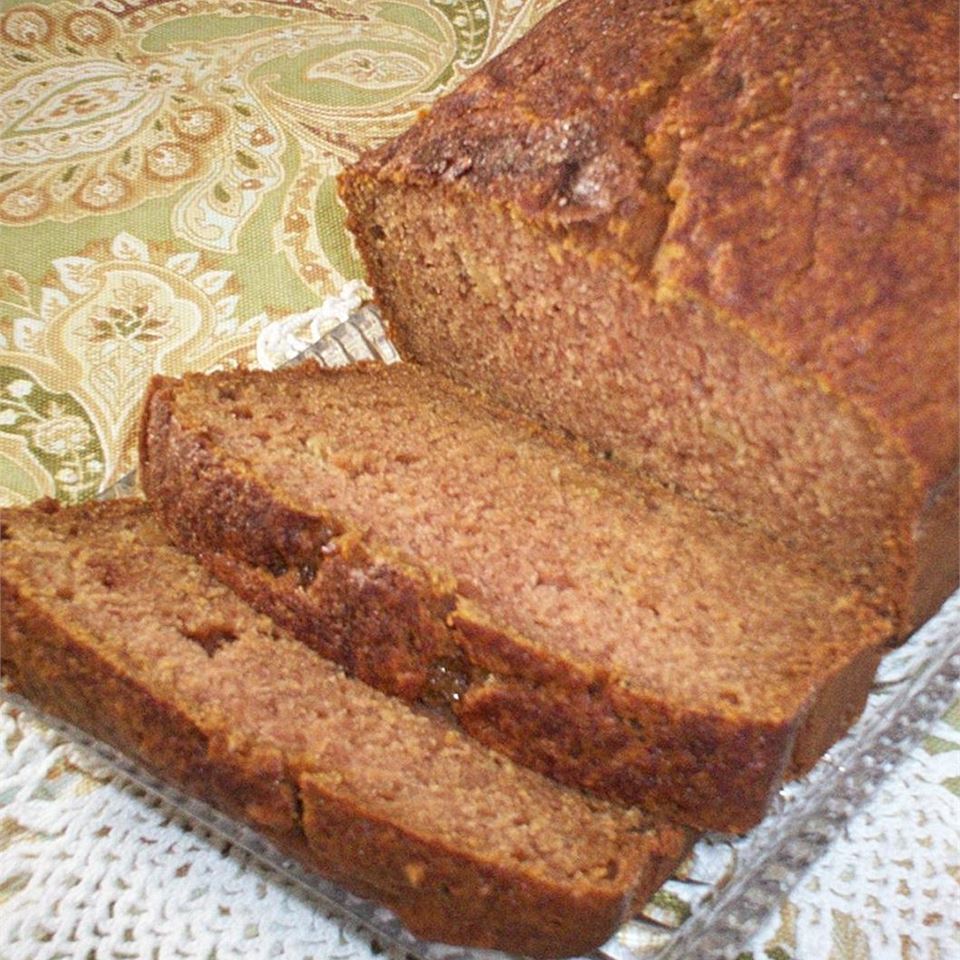 This sweet bread is loaded with apple flavor! It tastes great with peanut butter, apple butter, or just plain!

Sift the flour, baking soda, and salt together in a bowl. Beat the butter and brown sugar together with an electric mixer in a large bowl until light and fluffy. The mixture should be noticeably lighter in color. Add the first egg, allowing it to blend into the butter mixture before adding the other. Blend the applesauce and 3/4 teaspoon cinnamon into the mixture. Pour the flour mixture into the butter mixture, mixing until just incorporated. Fold in the dried apple pieces; mixing just enough to evenly combine. Pour the batter into prepared pan. Stir 1 teaspoon cinnamon and the white sugar together in a small bowl; sprinkle over the batter.

Bake in the preheated oven until a toothpick inserted into the center comes out clean, about 1 hour. Cool in the pan 10 to 15 minutes before removing to cool completely on a wire rack.

The quality of the flour could make a real difference to your bread. Different brands do vary. Extra-strong or Canadian flours, which are bet higher in gluten, may give you a best rise than standard dough flours – especially if you’re making wholemeal bread , which not always rise as well as clear bread.